Captain from Alex Liki on Vimeo. 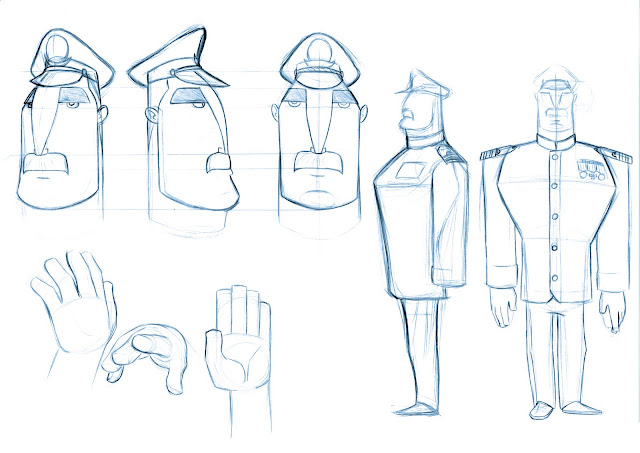 Breakdown: I did the modeling of the character "CAPTAIN" and some blendshapes required for his facial rigg. All the modeling was done in Maya using polygons. His UVs were done in Headus UV Layout.
Posted by Alex Liki at 9:32 PM

Very good work man! I'd like so much of the volume of the fingers and the small legs! Nice character! Congratulations! -- When I shall see this short?

Me, Myself and I

Alex Liki
Artista 3D e 2D disponível para trabalhos Freelance / Freelance 3D and 2D Artist available for work. If you have any questions about my work, feel free to ask. I'm currently looking for a full-time position as a Character Artist.